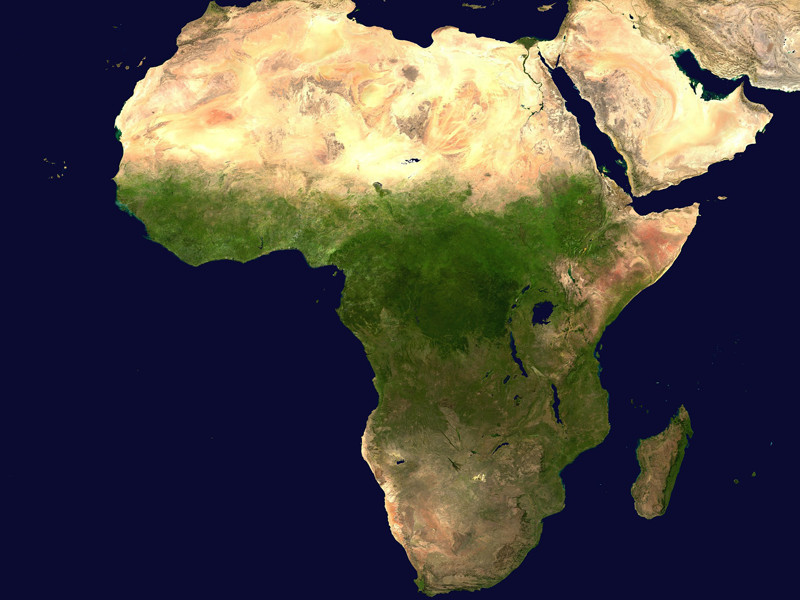 Primates are present in America, Africa, and Asia, but gorillas live only on the African continent, where they are native. All gorillas in the wild live in the central region of Africa, but its distribution range is not continuous. What does this mean?

Well, different populations of gorillas are settled in various parts of Africa, but the Congo River and its tributaries separate both species. One species, the western gorilla, lives in a region located in central Africa toward the west of the continent, while the other named eastern gorilla, inhabits a territory also in central Africa but at the east.

There are several reasons why there is such a division. One is the presence of the Congo River, which flows from the Democratic Republic of Congo eastward through the forest of the same name. The river forms a natural barrier between the two species of gorillas, which by the way are animals that cannot swim. Therefore, during the years, their ancestors evolved into two species with unique characteristics each one.

The Congo river forms a natural barrier between the species of gorillas, which by the way are animals that cannot swim.

Another reason for the irregular distribution of the members of the genus Gorilla is related to the intervention of humans in their territory. As you can already presume, the man degrades and reduces their habitat to perform agricultural or farming activities and to build human settlements. Consequently, the areas where the gorillas live are becoming smaller as human activities expand.

The most widespread species is the western gorilla (Gorilla gorilla), which some years ago had an almost continuous distribution from the Central African Republic to the Congo River.

Distribution according to the subspecies.

The western lowland gorilla is the most widespread subspecies and the Cross River gorilla the one with the smaller range of distribution.

The irregular distribution of the subspecies is visible if you look a map of Africa. Several small spots east and west of the continent are the places where each of the subspecies lives, being the western lowland gorilla (Gorilla gorilla gorilla) the one having the larger range of distribution. In contrast, the mountain gorilla, with only two groups, has a population of only a few hundred individuals.

The areas where the gorillas live are diverse, and so the characteristics of each subspecies. If you want to know about their habitats, please continue in this section. Gorilla habitat.