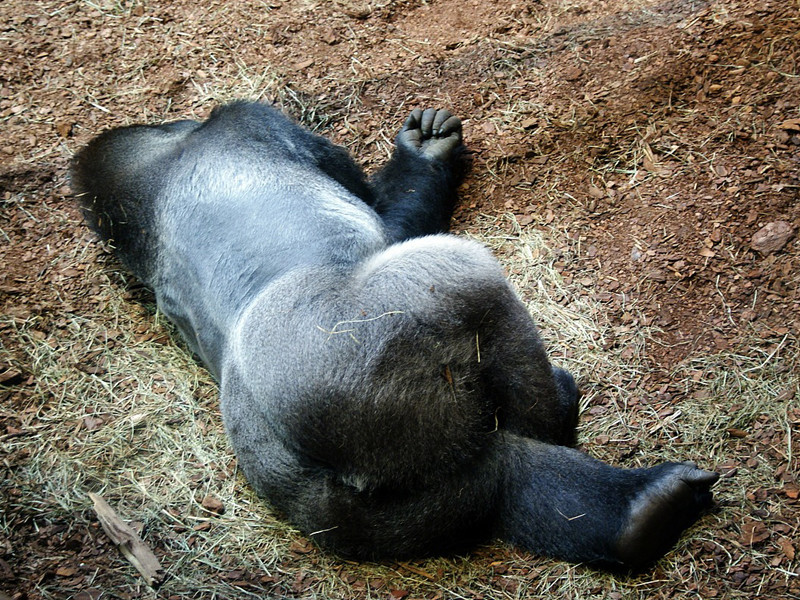 Why do people illegally hunt gorillas?

Illegal hunting or poaching is one of the main threats to gorillas and many other endangered species.

Both species of gorillas remain as endangered, and the mountain gorilla subspecies, for example, has a population of only 680 individuals in the wild. However, poaching does not seem to reduce.

The current condition of gorilla populations has put them on the endangered species list, and they are under maximum protection from governments and organizations in a continuous effort to increase their populations. However, despite these conservation efforts, some people manage to continue hunting illegally.

There are about 680 Mountain gorillas left in the wild.

There are several causes why people keep poaching gorillas, but most are profit-making related:

To sell their meat.
In West and Central Africa, meat from many wild animals, which are not usual in the Western world consumption, is regularly eaten. The killing of animals such as lemurs or bats for that purpose is common. In remote areas of these regions, gorillas are also hunted to sell their meat as food, as the earnings are slightly higher than other kinds of meat, which increases the average family income.

While African villagers can consume gorillas meat, sending it to other countries like the United States is a more lucrative option. Obviously, this is also illegal, but in some bizarre circles, the consumption of such meat can mean status.

For Private collections or as “trophies”.
Gorilla bodies or parts of them are trophies for people wealthy enough to afford it, and sick enough to do it. The storage of these parts has no scientific or educational use; they irrationally keep them as a trophy.

Moreover, some hunters capture gorillas to keep them alive and sell them to private zoos. They keep those gorillas as exotic pets, although this is not common because the size and cares they need when they reach adulthood are numerous, people with enough resources to do it, have them in these own zoos, sometimes not providing the proper care to these animals.

To sell parts of their bodies.
Besides selling the meat and alive gorillas, certain body parts are required to make traditional medicines and what are thought to be “magic” remedies. It should be clear that the effectiveness of these traditional remedies is not scientifically proven.

The toll of poaching on all species and subspecies is very high. For example, killing mountain gorillas and Cross River gorillas is brutal, because their populations are small, their birth rate is low, and the area where they live is extremely limited.

Failure to stop poaching could end with the entire species.

While is not a contemporary issue, poaching seems to have intensified lately, such as the case of the western lowland gorilla (Gorilla gorilla gorilla). The area where this subspecies inhabits was almost unreachable, but with new infrastructure developed from the 1980s, more people can easily get into their habitat and cut down trees with no regulation. One of the consequences for gorillas, besides habitat loss, has been the increased trade of their meat because poachers can reach previously inaccessible areas.

Enforcing conservation laws is not hard enough; therefore if poaching continues it could end with the entire species. We should not wait until this happens and only a few gorillas remain in the wild, it is necessary that conservation laws are reinforced to avoid the consumption of any product from gorillas that encourages illegal hunting.