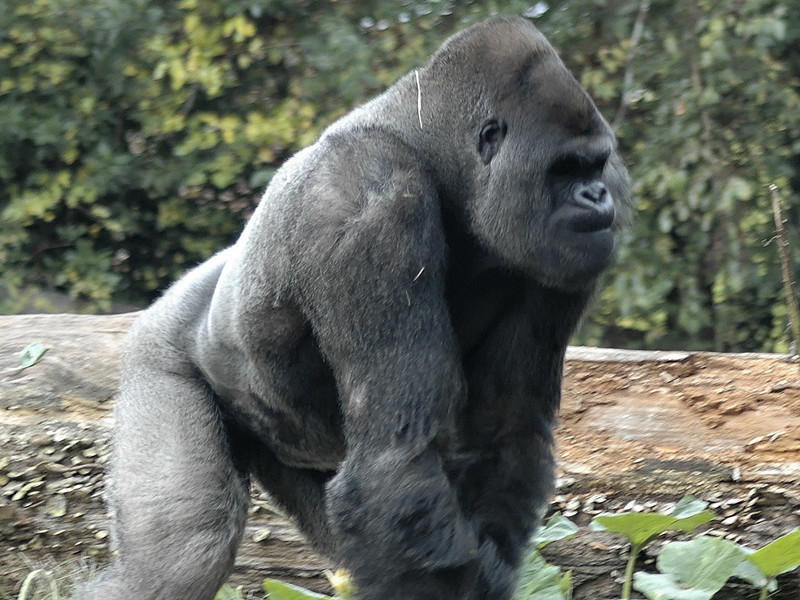 The American naturalist Thomas S. Savage described gorillas in 1847, after a trip to Liberia, Africa, and analyzing the bones of these primates, which were virtually unknown at that time, to those dedicated to the study of natural history. After examining the skull and other bones concluded that it was a different animal, a great “monkey” and a new species. Savage assigned them the scientific name: “Troglodytes gorilla”, but later would become Gorilla gorilla. In 1902, the Captain Robert von Beringe discovered the mountain gorillas, and in his honor this subspecies includes the word “beringei.”

Now, the scientific classification is different. After further research of the body shape and mitochondrial DNA analysis of different populations, scientist realized that they had to redefine taxonomy. So, they changed the gorilla taxonomy as follows:

Subspecies:
Western Lowland Gorilla (Gorilla Gorilla Gorilla).
It inhabits the lowlands and is the smallest of the four subspecies.

Cross River gorilla (Gorilla gorilla Diehli).
Discovered in 1904, but not frequently seen, is the most threatened of all subspecies. Its total population is even smaller than the mountain gorilla.

– Species:
Eastern gorilla (Gorilla Beringei).
It lives in the eastern part of Africa, east of the Congo River

Subspecies:
Mountain gorilla (Gorilla beringei beringei).
Perhaps the most known subspecies, thanks to the research and conservation work done by Dian Fossey in the 1980s.

Eastern Lowland gorilla. (Gorilla Beringei graueri).
It is the largest of all subspecies, but their teeth and hair are shorter than the mountain gorilla.

There is an ongoing debate about a third subspecies of eastern gorilla, but so far it is not confirmed.

Regardless their species classification, all gorillas are hominid primates, because they belong to the Hominidae family and the order Primates. At the same time, they are one of the “great apes”, which also include common chimpanzees, bonobos, and orangutans. They are anthropomorphic creatures; this means that their shape and characteristics are similar to humans, which is not a coincidence since humans are also primates.

There is an ongoing debate about a third subspecies of eastern gorilla, but so far it is not approved.

Both species of gorillas are in danger. The western gorilla is critically endangered, while the eastern gorilla is endangered. However, there are only a few hundreds of mountain gorillas, and the Cross River gorilla population is so limited, that there are probably less than 200 mature individuals.