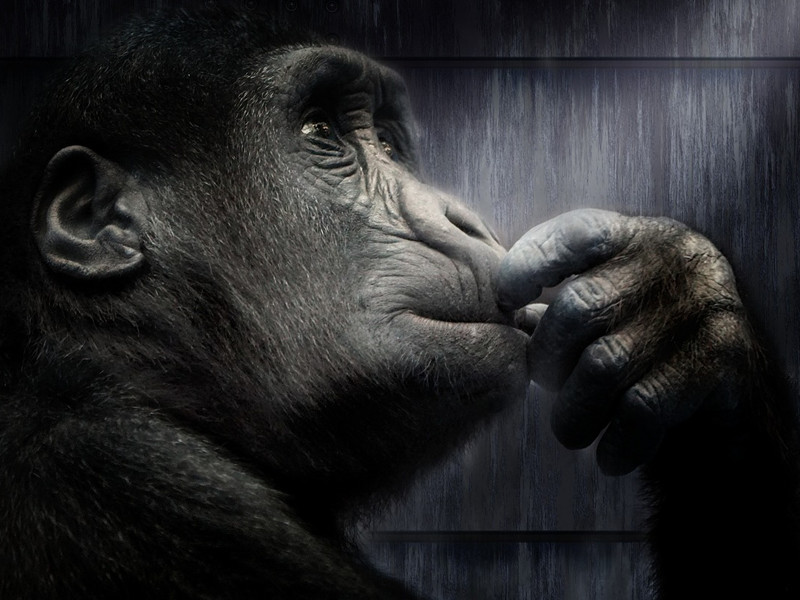 Most people know that gorillas are in danger of becoming extinct. The statistics change and the numbers fluctuate, but there is something that remains unchanged: their status of conservation.

Furthermore, the conservation status of the subspecies is:

As you see, the status of the subspecies is the same as the species to which it belongs, except for the mountain gorilla. The conservation state of this subspecies is more critical than the Eastern lowland gorilla, due to multiple factors that have contributed to shrinking their population to small numbers: around 680 individuals split into two communities. Similarly, the Cross River gorilla is experiencing an uncertain future. It is the most threatened subspecies of all, and perhaps there are less than 200 mature individuals.

It is not a trivial fact. In general, the population of all gorilla subspecies has a decreasing tendency and weak enforcement of the conservation laws make this reduction trend even faster.

Why are gorillas endangered?

Have you ever wondered why gorillas, which lack natural predators in their habitat, are in such critical condition? The answer leads to humans, who are their main predator.

The main threats to the survival of gorillas is a set of menaces common to many species of endangered animals, which specifically affect more these primates. For example, perhaps poaching does not upset too much some species of monkeys, but in the case of gorillas, it is a serious problem that concerns many conservation organizations.

17% of gorillas live in protected areas, while the rest inhabit forests where they face this kind of danger.

Gorillas need vegetation to survive, as they feed on plants and often build nests in trees to rest. Commercial activities such as agriculture, mining, and farming, make people cut down the trees of their habitat reducing the availability of food. Currently, 17 percent of gorillas live in protected areas, while the rest inhabit forests where they face several dangers.
Deforestation and gorillas.

There is a close connection between habitat loss and poaching. Until the 1980s, it was almost impossible to access the dense vegetation areas where gorillas live, but after clearing some areas, making some roads and devastating large zones of forests, the access to find gorillas got a lot easier for poachers.

Poaching is illegal hunting, most of the times for commercial purposes, or with the intention the get a monetary retribution. Poachers can kill gorillas to sell their meat or various parts of their body, or sometimes they capture gorillas and keep them alive and to sell them as “exotic” pets or for private collections of animals.

Moreover, it is common that gorillas are victims of traps aimed at other animals, and they die or get seriously injured.

Given the genetic similarity between humans and gorillas, they are also victims of outbreaks that affect people, triggering likewise epidemics among the members of a single population or even reaching other populations.

Ebola and poaching are the major threats of the western lowland gorilla.

The Ebola virus and poaching are the major threats of the western lowland gorilla. Since the 1990s, there have been several outbreaks in the area that have decimated populations of gorillas to unimaginable levels. By 2003, one-third of all wild gorillas had died due to this virus.

Other diseases affecting gorillas are polio, hepatitis A, tuberculosis and intestinal parasites.

Countries where gorillas live, like the Democratic Republic of the Congo, are troubled by political conflicts that usually end in wars, guerrillas or armed riots. Gorillas are not the objective, but humans invade their territory and gorillas lose areas where they can roam safely.

Gorillas are continually under the threats resulting from human activities, and only we can get them out of the IUCN Red List of threatened species.